How about this for commitment? Two members of our staff, Sarah and Linzi, were delivering Domestic Abuse Awareness Training during last Saturday's Royal Wedding. This training was specially requested to be run on a Saturday as it was delivered to childcare workers who are busy during the week. Despite how beautiful the weather was, and all the fun they were missing out on, Sarah and Linzi ensured the training was fun and informative. Never ones to let people miss out, they donned these disguises to bring a royal air to the day.

The team also offer a  FREE one day professional training course every month which  includes an introduction to domestic abuse, recognizing the signs, the dynamics of an abusive relationship, how to seek help and sharing best practice.

If you would like to find out more about this training or our other available training please contact us on 01495291202 or email training@phoenixdas.co.uk. You can also message us on Facebook https://www.facebook.com/PhoenixDomesticAbuseServices/ or find further information on our website https://phoenixdas.co.uk/training/

Phoenix DAS were extremely honoured this month to receive an invitation from His Royal Highness The Prince of Wales to a very special celebration held at Buckingham Palace. The reception was to mark the 60th anniversary of the Garfield Weston Foundation who are one of the funders of our work. The Foundation was established in 1958 by Garfield Weston who endowed it with 80% shares in the family business with the aim of benefiting the nation. The foundation has supported a wide range of projects covering areas such as the arts, the environment, education, health, science, and many projects directly supporting our communities. We are extremely lucky to have received a contribution from the foundation towards our core funding which allows us the security to continue delivering services where they are needed most. The reception was attended by Cath James (CEO) and William Davies (Chairman) and was a truly memorable event. It was a great chance to meet representatives of the foundation as well as to talk to people from a wide variety of other projects. This was, of course, made even more exciting as it took place in such a grand venue and included some wonderful canapes and champagne. We would like to send a massive thank you to all at the Garfield Weston Foundation for the invite and for the support they give us, and of course to HRH The Prince of Wales and all the staff at the Palace for hosting this special occasion. 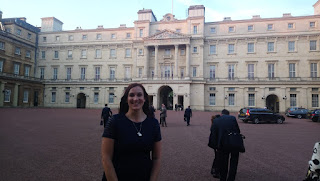 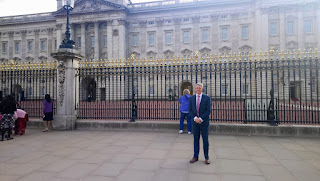 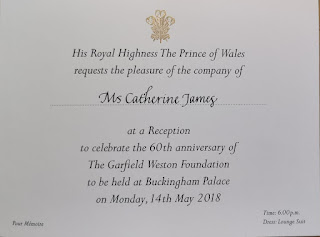 Posted by Phoenix Domestic Abuse Services at 08:29 No comments:

What is a Success?

Phoenix Domestic Abuse Services receives over 600 referrals each year and of these engages with around 200 victims of domestic abuse, 50 perpetrators and 35 young people.  Each individual has a unique story and our work is person centred and adapted to meet those individual needs.
The following is a typical story of a couple who have worked with the service.
Diane and Jack had been together for a few months when the police first attended.  Diane had called the police and reported that violence and threats had been used. During the next 12 months there were 10 incidents where the police attended and completed a risk assessment form.  On 3 of these occasions Diane gave consent for a referral to be made to Phoenix DAS.  A number of these incidents were classified as High Risk and agencies were trying to engage both Diane and Jack.
A referral was also made to Phoenix DAS from Social Services.  These referrals resulting in Phoenix DAS attempting to contact Dianne on 4 occasions.  Diane later admitted that she was not ready to even think that her relationship was abusive, let alone do anything about it.  Diane did agree to an initial appointment but did not attend.
This ‘non engagement’ can be typical when a victim of domestic abuse first comes into contact with support agencies and Phoenix DAS is able to use a flexible and creative approach when making contact and engaging with victims.  Very often needing to ‘leave the door open’ for future contact.
Diane and Jack’s first child was born during this time and Diane began to engage on a one to one basis. She had an initial appointment with a safety worker (IDVA) where a full support and safety plan was completed along with a risk assessment.  With a lot of encouragement and support Diane then began to attend The Knowledge Programme.
The Knowledge Programme is a 10 week programme designed and developed by Phoenix DAS and delivered twice weekly in Phoenix House.  It can help participants understand and define domestic abuse, how it has affected them and recognise their power and choices.  It covers Power & Control, Isolation, the Effects on Children, Threats and Intimidation, Physical Abuse, Emotional Abuse and Sexual Abuse.
18 months after first meeting and despite claiming that they were no longer in a relationship Diane disclosed that she was pregnant with their second child. Social Services became involved, the children were placed on the child protection register and eventually placed in foster care.  Diane and Jack’s relationship was very much on and off.  However a referral was made for Jack to the Perpetrator Programme and they both were now engaging with Phoenix DAS.
The Phoenix Respect Programme has been accredited by RESPECT (a nationally recognised accreditation body for the purposes of domestic abuse perpetrator work) to meeting a safe minimum safety standard of practice in regards to its perpetrator intervention work.
The Phoenix Respect Programme is voluntary and is designed for people who are ready to make changes. Participants will benefit from 24 core group work sessions and additional one to one support sessions.  Participants consider key themes including Victim Awareness, Accountability and Honesty, Respect, Thinking & Behaviour, Consequential Thinking, Communications Skills, Partnership, Emotional Control and Healthy Relationships
Over the next 6 months both Diane and Jack continued to engage with one to one support and group programmes.  They also both completed parenting assessments with Social Services.
The rehabilitation of the children back into their care began. Jack completed the Perpetrator Programme and the children were back with Diane and Jack 9 months after being removed.
The couple took the decision to separate permanently and safely 6 months later with Diane having full time custody of the children and Jack having regular access.  This was very different from previous separations in that it was managed safely and there was a complete lack of harassment and continued abuse that had been present previously.  Jack and Diane were able to vocalise this to professionals and both felt emotionally able to be independent parents to their children.
We at Phoenix DAS consider this a successful result for the whole family and in line with our service outcomes of reducing risk of harm to victims and families in their current and future relationships.  For both Diane and Jack there is also improved sense of wellbeing and resilience and they have an increased knowledge and understanding of domestic abuse and healthy relationships.
By this time Diane had also completed all programmes and her case was closed with the service. Phoenix Domestic Abuse Service has continued to have some contact with Diane sporadically and have recently checked in to see how things are and what impact the work undertaken had with her. An annual review form was completed and Diane said she is doing really well and her final comment was…
“Jack got a lot out of the perpetrator programme and our relationship is friendly, although we are not together it is significantly better”
Posted by Phoenix Domestic Abuse Services at 08:35 No comments:

There are spaces available on our Facilitator Training due to take place in October. If you are interested please see the poster below for further details or contact us on training@phoenixdas.co.uk Posted by Phoenix Domestic Abuse Services at 16:51 No comments: